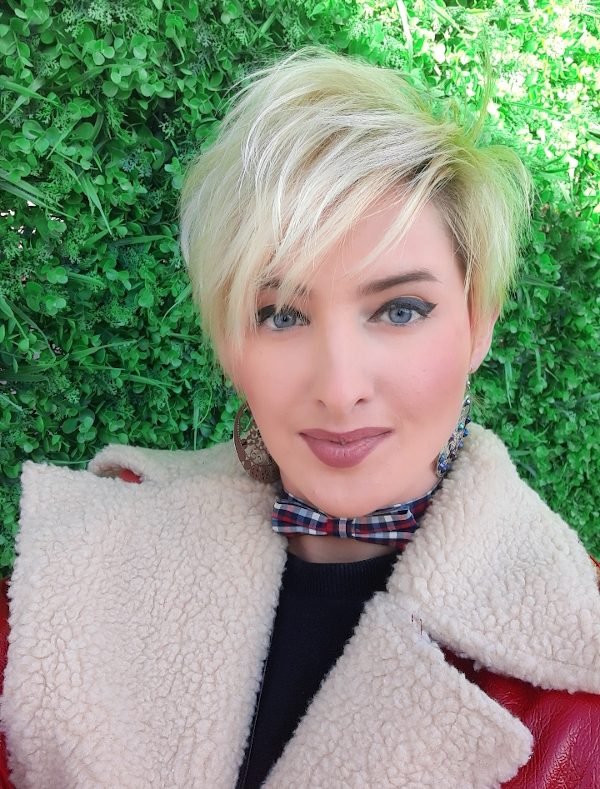 The Secret of Power

by Denisa Gokovi (an accomplished musician and composer from Albania, and a Peace and Art ambassador)

We need to think about the concept of how we progress a proper development and intellectual activity, which educational and competitive designers of any campaign in business and humanism can use as a conceptual criteria for human life and as the basis of success. I am convinced that rivalry ahead and change from the past demand the same price for the new and growing trend of concrete plans.

The main cause of a protagonist to lead the world contains the secret of the universe. Determination and morality, suffering by reason and human rebellion, encouragement and arrogant incident that join anger, jealousy that causes variations of interim happiness to people.

Modern methods and related essential options, simultaneously with curiosity and passivity, insist on a degree of independence, but at the same time destined to be a political protagonist and beyond. How is today the world, when the need for a change is called simply a result or contest of the opinion and possession of certain moral values, injected under certain interests?

I think there is more than few strong points to name but positive news and tempting, as we strictly seek the truth in the fact that people who are winning immunity for their rights tend to manage current entrepreneurship and cooperation which offers a price for being reliable and living the modest development in the society.

The world today can be understood through problems caused by social observation, cultural (including religious) activity, gender rights, intellectual, law on the concept of equality, tolerance and spiritual reflection. Admittedly that any label well disposed to the facts in truth contains a guidance from above, destination and intuition of high programming standards and communication for the people.

Fear is another element of weakness, that principal institution for effective selection of personality and political transparency and crowns attacks, yet the progress, purpose, hope and motivation are there to go forward!

All standards are provided for a shift change and its called by and graduated, in the form of faith, people of different addresses in the world according to the characteristics and beliefs that form to the right orientation and contemporary!

The world is not divided but people imagine obedience, shared in the form of profit, contradictory system, taste and say nicknames incontrovertible approach to assess under the evil and the good, to an action to follow another plan for the target! Possessive combines are the cause of misfortune for immorality and ignorance, two strong reasons to human destruction and uncertainty until the end of anything, without the promised everything!

Today we have everything, absolutely everything that I have related above, and even more from psychological side, possibility, cooperation, tolerance, conviction and confidence! I am convinced of an engine start-up, the charge from the past, history in the event, secret after secret, iron play, solution, strong alliances and dignity for all people! I am convinced that today we should go in the right direction!

Denisa Gokovi has studied piano since the age of six. She often performs live concerts and donates time performing for benefits supporting underprivileged communities and children. She also aids young artists in their professional development and training. Aside from her outreach in music, her humanitarian efforts include the authorship of a book, Deception of Truth. Her hope with this book is to share her global perspectives on justice, equality, and freedom for everyone. Ms Gokovi graduated from the University of Art in Albania, and formally studied piano and composition for many years. Ms Gokovi is the Global Goodwill Ambassador at the Canadian non-profit, FAAVM, the Ambassador for Art at Olympia Art Institute in Los Angeles, California, an honoured member of the International Royal Academy of the United Nations, the Ambassador of Culture and Art for the International World Peace Committee, the Ambassador for Arts and Humanities in the Royal Society Group, and an ambassador for African Child projects.